For years, Americans traveling to Las Gaviotas & nearby places by car were subjected to the occasional corrupt cop who flagged them down for a “violation” somewhere between Tijuana and Puerto Nuevo. This is a very rare occurrence these days as the Mexican authorities have pretty much put a stop to this activity.

In the past, the hapless driver, usually scared and confused, would usually pay whatever amount that was demanded, to avoid following the cop to the police station, (something the cop really didn’t want… he just wanted your cash).

Most gringos don’t know is that they have the option of paying at the police station or by mail if they get pulled over in Tijuana, Rosarito, or Ensenada. Here is some info on that and other useful tips:

We strongly recommend you buy Mexican Insurance before you cross the border. This is available at several locations shortly before you get to the border, but it’s easier to buy the insurance online, using this link.

If you are stopped by a police officer for a traffic violation in Tijuana or Rosarito, you should always politely insist on a written citation that you could pay either at the police station, or by mail. 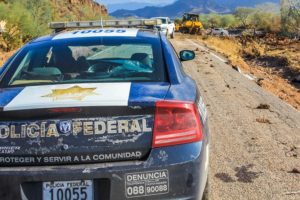 When faced with a fine that you consider unfair, you can contest the fine by filling an appeal (Recurso de Inconformidad), either in person or in writing, for a Municipal Judge to review. To do this, immediately go to the nearest Municipal Judge within the police station; if you need information on how to do this, call our Tourist Assistance Hot Line 078.

If a policeman continues to tell you that you have to pay the “ticket” now, tell him that you have the “Sindicatura” phone number which is 072 (Citizen’s support line) and say that you are going to file a complaint. At the very least this should deter the officer from trying to force a bribe and he’ll then possibly write you a ticket. If he insists that you drive with him to the police station, say that you will follow him and most likely he will just let you go.